Heroes of WWII: The Six-Year-Old Soldier of WWII


Can you imagine a child as young as six joining the war effort as a soldier?

It’s a harrowing thought to imagine any child, let alone an orphan, being exposed to those kinds of harsh realities; facing death and even wearing a military uniform.

That is just what happened to the Soviet Sergei ‘’Seryozha’’ Aleshko. Born in the village of Gryn, about 200 miles outside of Moscow, Sergei’s father had passed away before the outbreak of the war. Sergei lived with his mother and three older brothers.

In 1941 Germany invaded the Soviet Union. Sergei’s village was burnt to the ground and families that had provided support in the form of food and shelter to the Soviet army were targeted, including Sergei’s family. His 10-year-old brother was hung by the Nazi’s and his mother died trying to save him. His two oldest brothers had already been sent away to join the Red Army. Young Sergei fled to the woods with no family, no home, and no village to return to. Psychologically scarred and forced to rummage for food scraps, he found shelter in farm buildings in abandoned villages, and somehow kept himself alive.

In August 1942, a regiment of the Russian army discovered a starving Sergei in the woods and took him back to their base. The soldiers soon grew attached to the young orphan and took him under their wings and eventually Major Mikhail officially adopted him. Sergei travelled with the regiment but the soldiers kept him as far away from combat operations as possible. Although, he was keen to help the soldiers and would run errands for them, delivering papers etc. They even had a suitably sized uniform made for him. 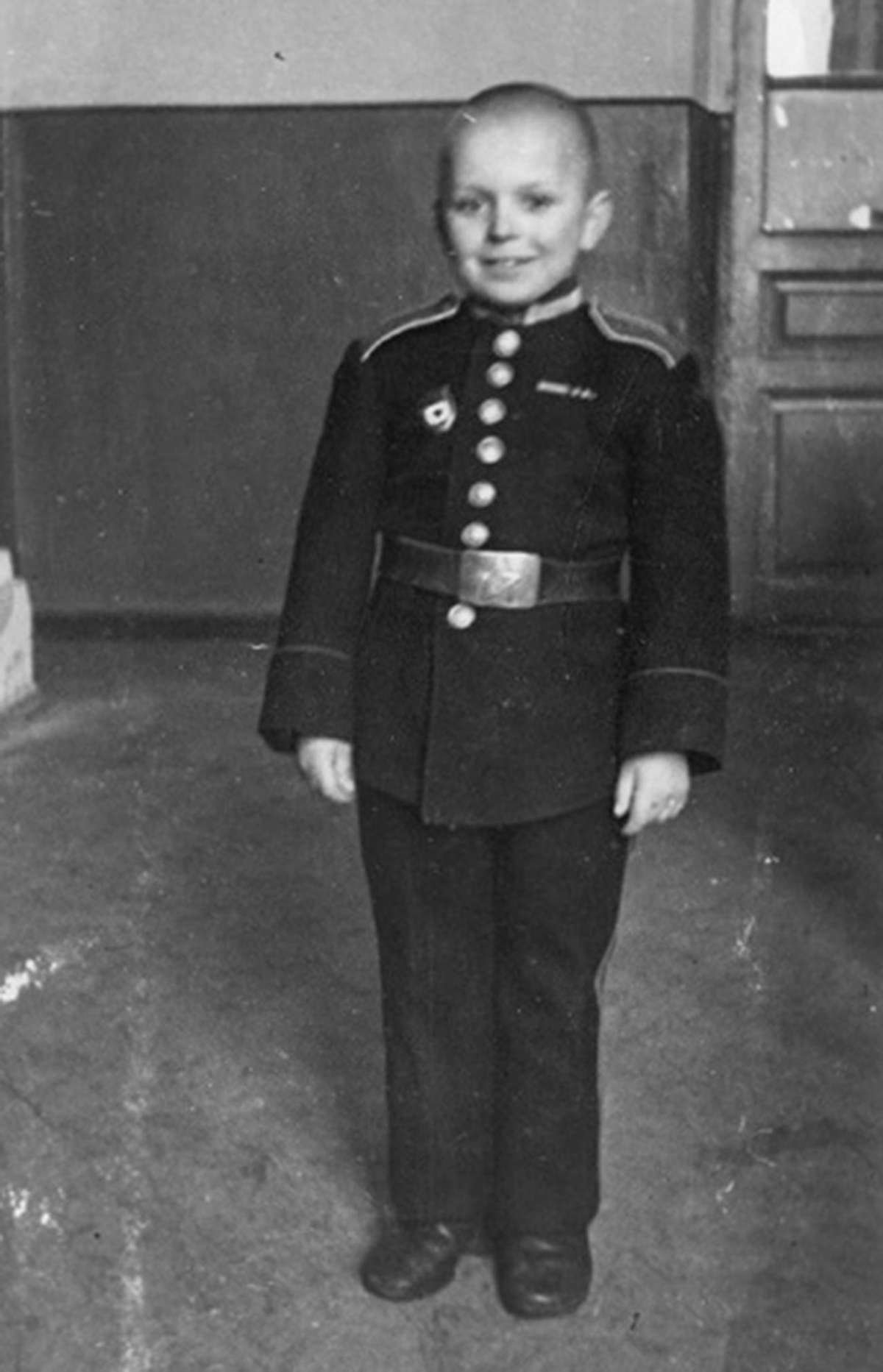 Despite the regiments best efforts to keep him away
from danger, being with an active regiment it was unavoidable and he had some
close shaves and lucky escapes. So much so that he was awarded a medal for
bravery from the divisional commander in April 1943.

Three instances to note when the quick thinking
actions of young Sergei brought good fortune to his regiment included, the
morning when he was delivering papers and he overheard some unusual voices frombehind some haystacks in the field. He rushed back to his regiment and reported this to Major Mikhail, they quickly investigated and discovered advance German troops spotting their camp and relaying back information to the approaching German troops. They were able to thwart this attempt and prevent a potential attack on their base due to the actions of the youngest member of their Soviet regiment.

In another instant, when the Soviets were under all-out attack from the Germans the only one to notice that Major Mikhail had been buried by rubble was young Sergei. He tried unsuccessfully to free the Major, his adopted Father. So he alerted the rest of the troops who managed to free the Major from the ruble crushing him.

In 1942, he had another close encounter with death during
the battle of Stalingrad. A low flying German plane shot at the troops and he
ended up with shrapnel in his leg, luckily the incident was not fatal, but did
take a lot of treatment to get him back to full health. 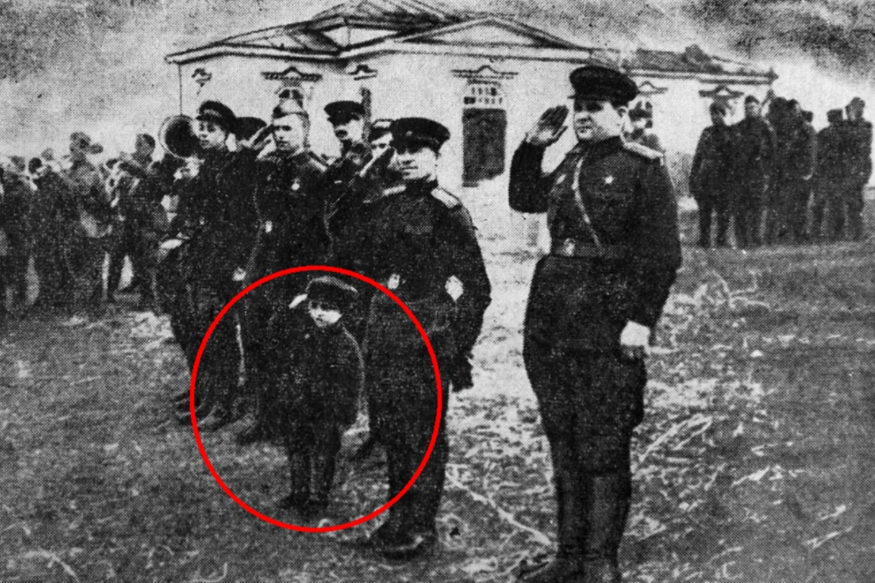 After the end of the WWII he was also awarded another
medal for a variety of brave actions and some years later he was sent to the
Tula Suvorov Military School. In 1954 Sergei successfully graduated but due to
poor health pursued a career away from the military and became an attorney.

Despite the loss of his family, seeing his brother hanged
and the horrors of war, through his bravery and positive spirit he brought
happiness to all those that spent time with him.

To read more about his young life in the Soviet army
read the following article: