Did you know prior to becoming a world famous mime, Marcel Marceau saved numerous Jewish children from the Nazi regime?

Born in 1923 in Strasbourg, France to a Polish Father and a Ukrainian mother. Age five the young Marcel was captivated by Charlie Chaplin and his silent acting.
He entertained his family and friends with his Chaplin imitations and dreamed of starring in silent movies.

In 1940 when Marcel was only sixteen years of age the Nazi's invaded France, Marcel changed his last name from Mangel to Marceau to avoid being identified as a Jew.

Marcel's father gathered the family and fled to Limoges. It was here, Marcel's cousin Georges Loinger, a member of the French Jewish resistance urged Marcel to join them in their mission of rescuing the many Jewish children that had been hiding in French orphanages and smuggling to safety over the Swiss border. 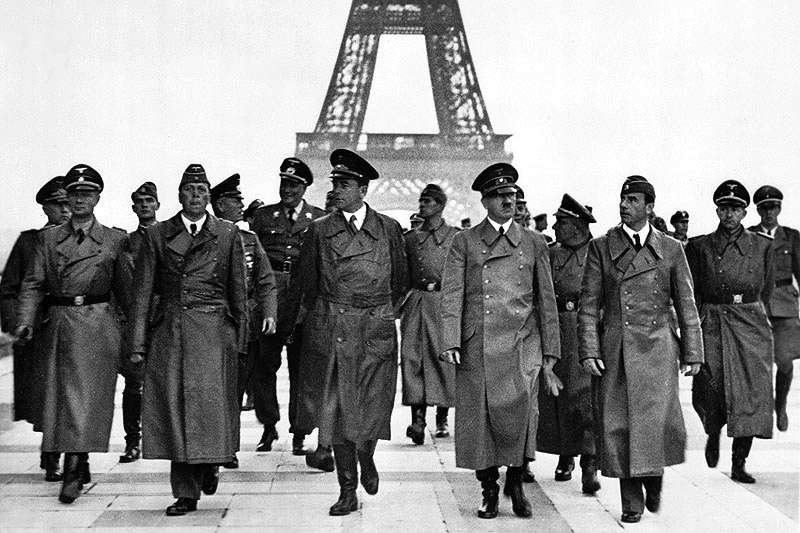 Hitler visiting Paris in 1940
Traveling with large groups of Jewish children in war time was extremely perilous for all involved, in order to make the children calm and quiet Marcel would utilize his training to be a mime artist to keep the children entertained with his silent pantomime. His ability to keep the large groups of children quiet when passing close by to Nazis literally saved the children's lives.

During one daring rescue operation he dressed as a Scout leader and with 24 Jewish children, also dressed in scout uniforms he lead them in to the forest close to the French Swiss border, where other members of the French resistance would assist them across the border and to safety.

Marcel repeated this dangerous journey multiple times assisting many Jewish children to safety, reports vary from 70 children to several hundreds that were rescued from their dark fate. His cousins detailed involvement with the operation saved close to 400 hundred children.

Tragically Marcel's father was one of the many Jews that lost their life in the Auschwitz concentration camp.

Shortly after the war ended, Marcel's first public performance as a mime artist was entertaining a group of 3000 American soldiers in Frankfurt, Germany. Post wartime while receiving awards for his brave actions he always played down his actions and remained humble. In 2007 Marcel passed away, and was remembered not only as a famous mime artist but as a victim and a hero of the Holocaust.