Have you heard of Freddie and Truus Oversteegen the teenage, female assassins?

Freddie was born on September 6, 1925 in Schoten, The Netherlands. For most of her early life she lived on a barge with her mother, father and older sister Truss, as a family they financially struggled and soon their parents divorced. Their mother moved the sisters into a small apartment where they slept on straw mattresses, even though they had very little her mother still opened her home to Jewish refugees.

Being raised to resist from an early age, at the start of the war the girls would hand out anti-Nazi leaflets. This soon caught the attention of Haarlem Council of Resistance's leader Frans van der Wiel who visited the Oversteegen family and asked if the girls would join the resistance. At this point, Freddie was just 14 (however looked much younger) and Truus, 16, but with permission from their mother the sisters joined the resistance. Their mother gave them the simple advice of 'always stay human'.

The girls were incredibly valuable to the resistance as no-one would assume two innocent looking young girls to be carrying out the missions they were assigned. Their first mission was arson and after flirting with the SS guards on duty they burnt down two Nazi occupied warehouses. After the success of their first mission the girls were taken down to a potato shed where they were taught to shoot, from now on they were trained assassins.

Freddie was quite small and wore her hair in two braids which made her look very young and enabled her to get away easily. Her method of attack was often a drive-by — Truus would cycle a bike whilst Freddie sat on the back and shot. “We always went by bike, never walked, that was too dangerous. I always made sure the coast was clear. That worked very well,” said Truus in an interview. 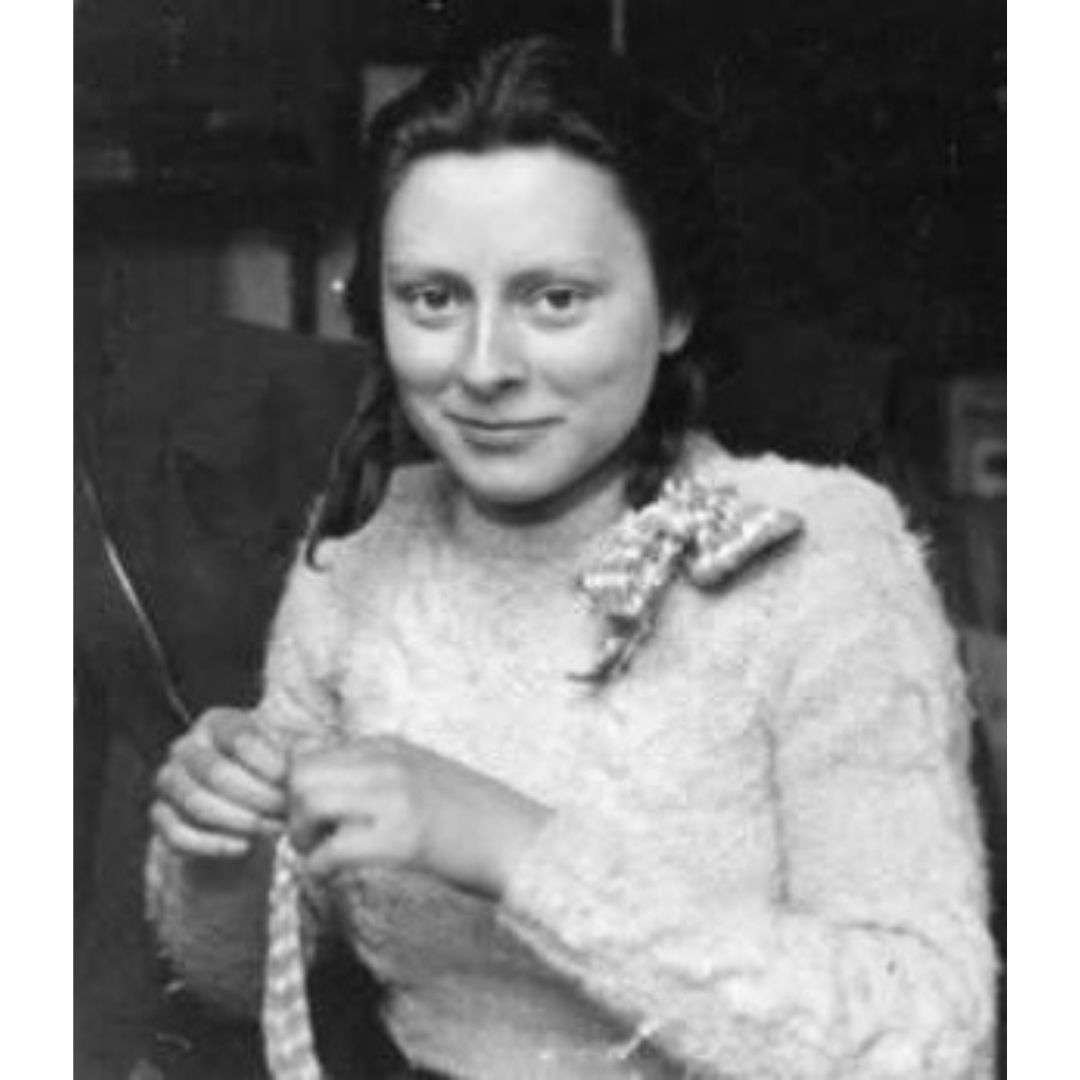 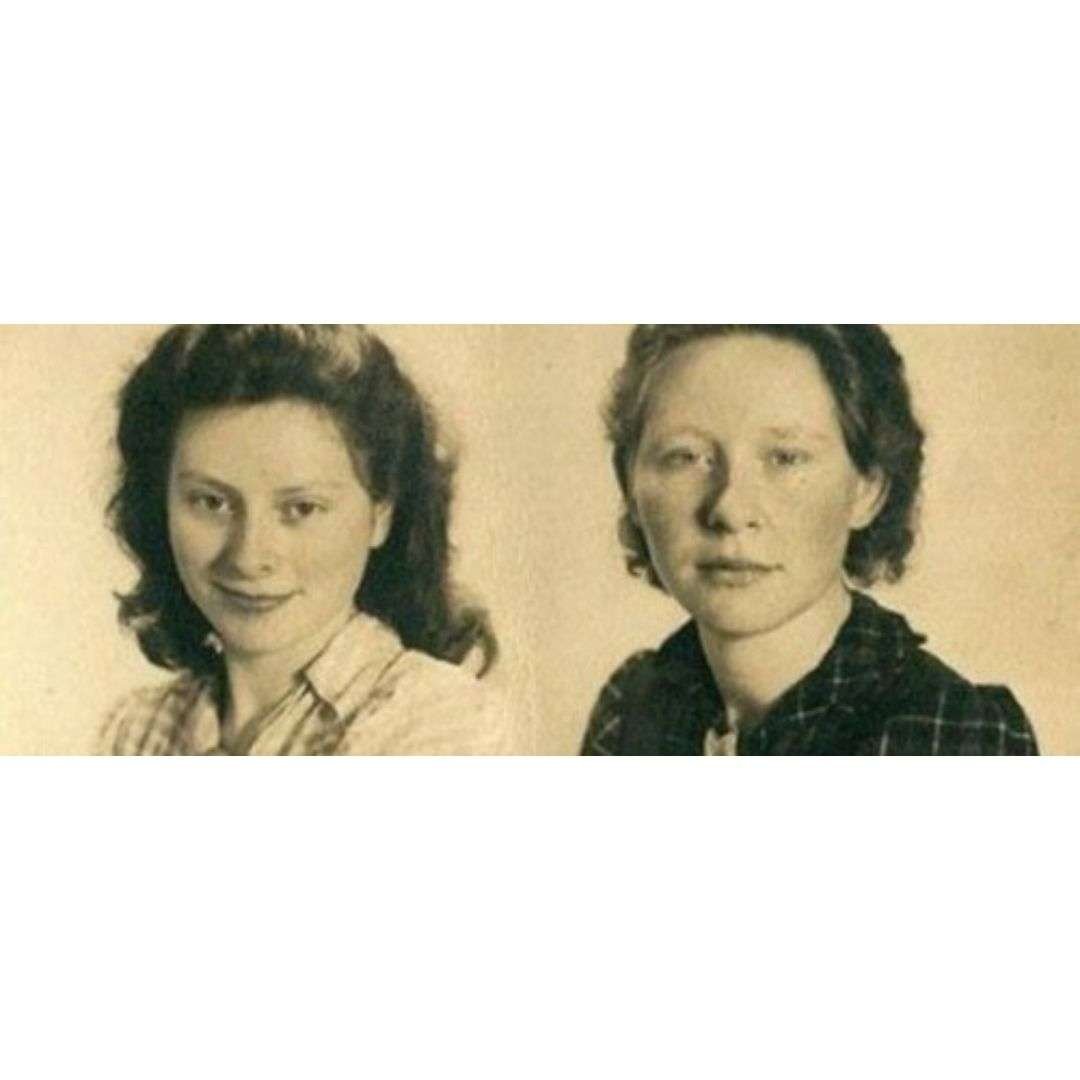 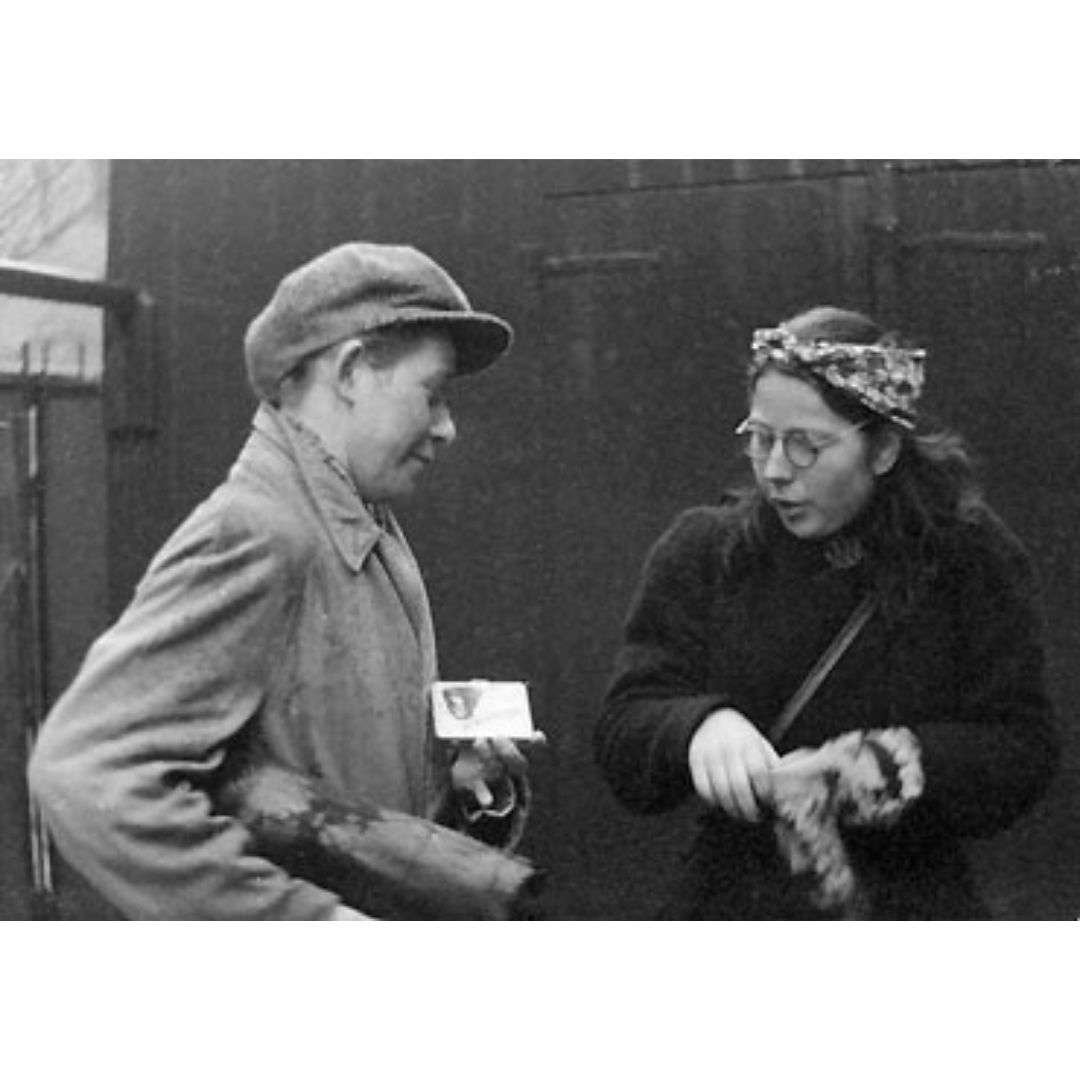 Hannie Schaft ' The girl with the red hair' 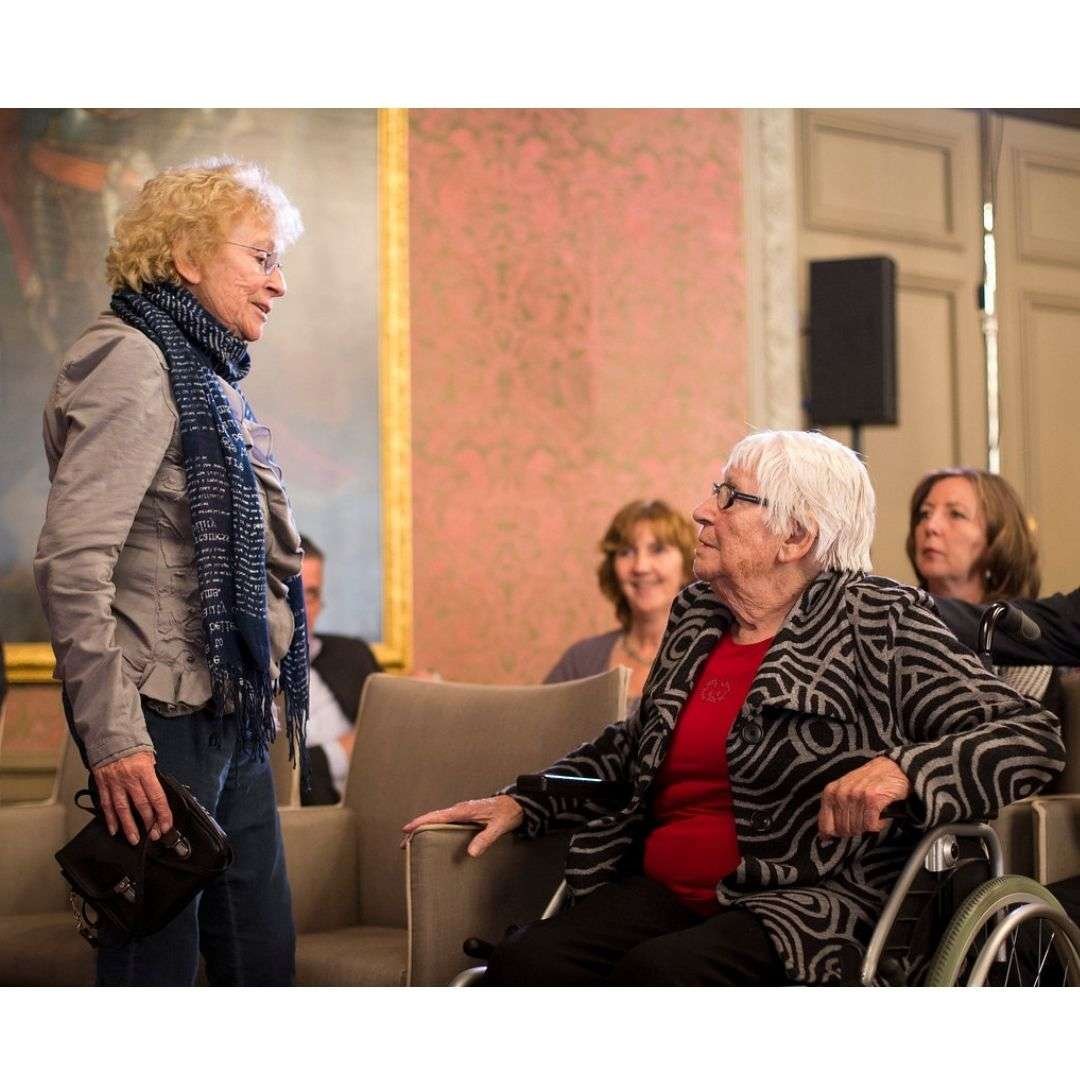 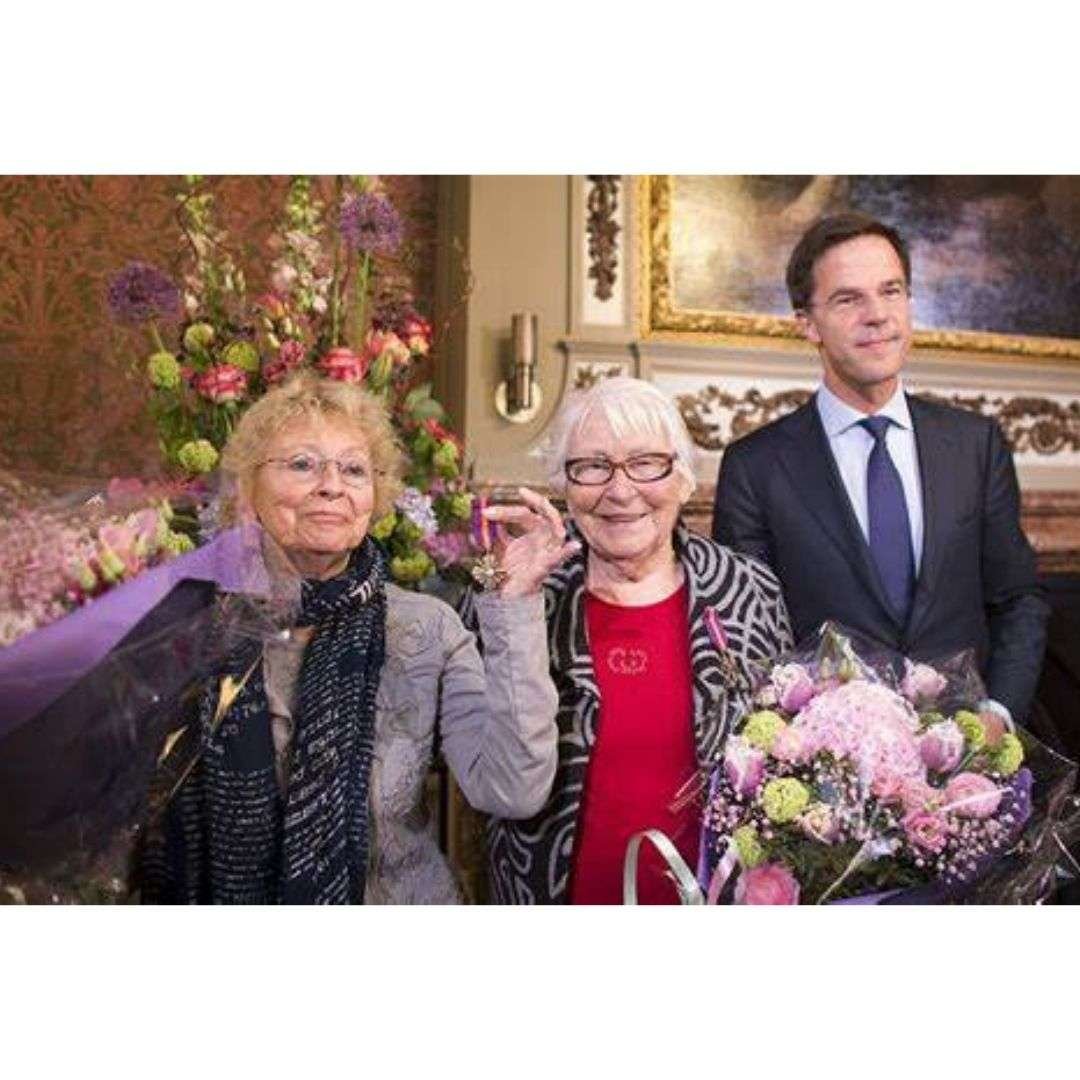 Freddie and Truus Oversteegen receiving the Mobilisation War Cross in 2014.
The sisters' method evolved further to approaching their targets in Taverns and bars where they would ask if they would like 'to stroll in the woods', after reaching deep into the forest the other sister would shoot from a distance.

Their kills soon took a toll on them Truus said in an interview with Ellis Jonker for the 2014 book Under Fire: Women and World War II, “It was tragic and very difficult and we cried about it afterwards,” she said. “We did not feel it suited us – it never suits anybody, unless they are real criminals … One loses everything. It poisons the beautiful things in life.”

Throughout the war the sisters were never caught, however their friend and fellow resistance member Hannie Schaft, also know as 'The girl with the red hair', was caught and executed just 18 days before the war was won. This left a lasting impression on Freddie.

After the war Truus became a sculptor and was very open with talking about her experiences during the war. However, Freddie was more reluctant to speak about her part in the resistance, she instead moved her focus onto raising her family. In 2014 the sisters were given Mobilisation War Cross by Mark Rutte, Dutch Prime Minister. This Dutch medal was awarded to the Oversteegan girls in honor of their valor during wartime. They even named a street after Freddie in the city of Haarlem in the Netherlands.