Are you stuck in a reading rut? I know I am. With so many exciting things happening now that the world is opening up again I seem to have left behind the reclusive bookworm in me and become a social butterfly, but now that Autumn and Winter are past approaching I'll be looking for my next tome to while away the evenings.

Here are just a few of the war biographies that are on my list to read next, if you've read any of these or have a suggestion for a great military book let me know in the comment section at the bottom of the blog! 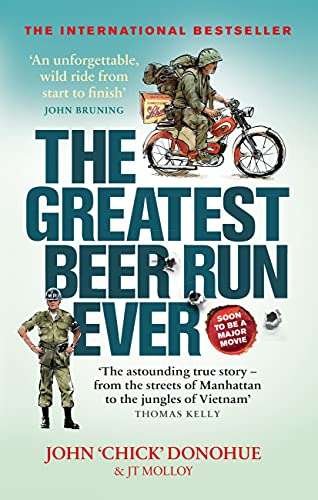 The Greatest Beer Run Ever - John 'Chick' Donohue & JT Molloy
IT SEEMED LIKE A GOOD IDEA AT THE TIME.

As a result of a rowdy night in his local New York bar, ex-Marine and merchant seaman "Chick" Donohue volunteers for a legendary mission. He will sneak into Vietnam to track down his buddies in combat to bring them a cold beer and supportive messages from home. It'll be the greatest beer run ever!

Now, decades on from 1968, this is the remarkable true story of how he actually did it.

Armed with Irish luck and a backpack full of alcohol, Chick works his passage to Vietnam, lands in Qui Nhon and begins to carry out his quest, tracking down the disbelieving soldiers one by one.

But things quickly go awry, and as he talks his way through checkpoints and unwittingly into dangerous situations, Chick sees a lot more of the war than he ever planned - spending a terrifying time in the Demilitarized Zone, and getting caught up in Saigon during the Tet Offensive.

With indomitable spirit, Chick survives on his wits, but what he finds in Vietnam comes as a shock. By the end of his epic adventure, battered and exhausted, Chick finds himself questioning why his friends were ever led into the war in the first place.
Discover on Good Reads 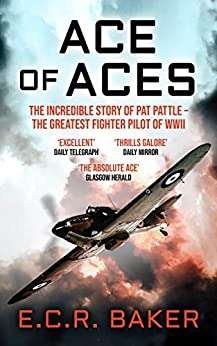 Ace of Aces: The Incredible Story of Pat Pattle - the Greatest Fighter Pilot of WWII - E.C.R Baker
In terms of enemy aircraft shot down or destroyed, Squadron Leader Thomas ‘Pat’ Pattle was the greatest fighter pilot of the Second World War.

A South African who flew with the RAF, Pattle was an airman of outstanding skills and leadership who became the Allies’ top-scoring fighter pilot after winning scores of stunning victories in deadly aerial combat.

But for years after the war ended, Pattle was virtually an unsung hero because the records of his extraordinary achievements were destroyed amid the turmoil of war.

Compiled with the help of surviving pilots and members of the squadrons with which Pattle fought in the air over Greece, ACE OF ACES is a gripping and authoritative account of his amazing flying career, and the book which finally brought Pattle the recognition he so richly deserved. 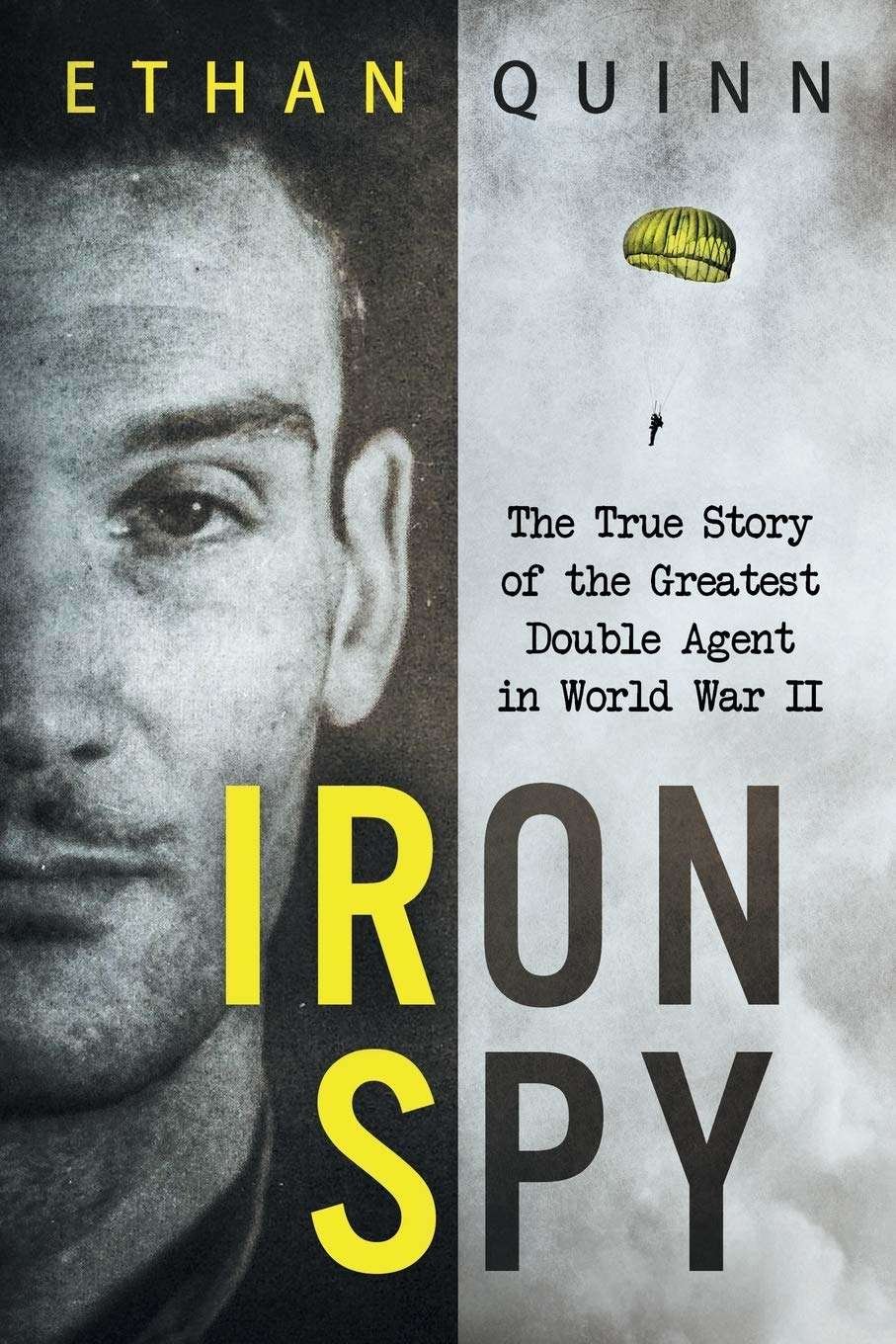 Iron Spy: The True Story of the Greatest Double Agent in World War II - Ethan Quinn
Known as Fritz to his German spy-handlers and Zig-Zag to the British secret service, Eddie Chapman was a man of many faces. While his early life was rife with petty crime, gang activity and a dishonourable discharge from the British military, Chapman’s unique skills were eventually sought out by Nazi Germany, and after convincing them he could use his criminal contacts to sabotage the English forces, he was quickly recruited.

But Chapman’s loyalty to his country knew no limits. A talented, handsome, and reckless Englishman, Chapman was a traitor on the surface but a fearless patriot on the inside. After cracking Germany’s military code, the British sought Chapman for their own affairs, and Chapman was happy to oblige.

Eventually being awarded the prestigious Nazi Iron Cross for services to Germany while acting as a double agent for Britain, Chapman’s espionage efforts involved masterful deceit and feats which few men alive could ever boast of.

Eddie Chapman’s life story is an unbelievable journey of crime, jail-breaks, treachery, and love. He was responsible for saving countless lives during his career, cementing himself as the ultimate double agent during World War II.
Discover on Good Reads 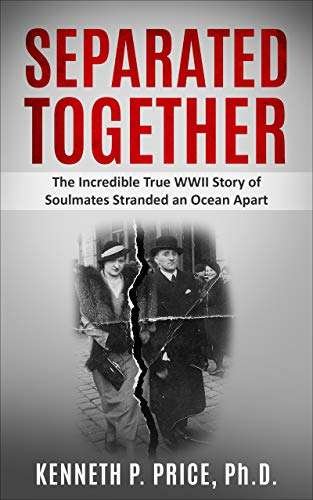 Separated Together: The Incredible True WWII Story of Soulmates Stranded an Ocean Apart - Kenneth P. Price
Before World War II, Abe and Sonia Huberman were two soulmates happily married and in love, living a peaceful life with their family in Warsaw, Poland. But while Abe was away, on a short business trip to America, World War II broke out and the Nazis invaded. Abe was stranded far from home, while Sonia was left alone with their two young children to face the Nazis. This is the story of her bravery, of Sonia’s survival of the Warsaw Ghetto uprising and Nazi death camps, including the notorious Auschwitz.

What was supposed to be a separation of seven weeks turned into one of seven years.

This is the story of their love, of soulmates reunited against all odds. Learn about history through the lens of this inspirational account that serves as a powerful reminder of the resilience of the human spirit.
Discover on Good Reads

Desert Raids with the SAS: Memories of Action, Capture and Escape - Major Tony Hough & Gerlad Hough
Tony Hough's war started with ski training in the Alps in early 1940 preparing for winter warfare in Finland. Nothing came of that. Later that year, back with 9th Battalion, The Rifle Brigade, he sailed for North Africa. In March 1941, his under-gunned Battalion suffered a catastrophic baptism of fire in Libya from 15,000 troops and 500 tanks of Rommel's Afrika Korps. For the next 18 months Hough and his Battalion experienced brutal conflict against a formidable enemy.

Selected for David Stirling's elite 1st Special Air Service (SAS), he was captured in December 1942 while raiding behind enemy lines. Sent to an Italian POW camp he suffered the deprivations of captivity. Taking advantage of the September 1943 Italian Armistice, he and fellow POWs escaped. After an arduous three month ordeal, he reached Allied lines thanks to the help of brave locals.

He went on to fight in North West Europe before becoming a Town Major in occupied Germany. Beautifully and modestly written, Tony's many and varied experiences make for a classic war memoir. It is heartening that even after 75 years, accounts such as this are still appearing.
Discover on Good Reads 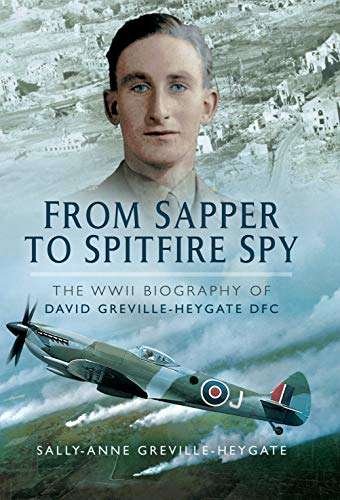 From Sapper to Spitfire Spy: The WWII Biography of David Greville-Heygate DFC - Sally-Anne Greville-Heygate
David Greville-Heygate was one of the few men who served in both the army and the Royal Air Force during the Second World War, but it was in the sky that he really earned his stripes. Stalking the skies flying photo-reconnaissance missions with No. 16 Squadron over Northern France, he was to win the illustrious and highly coveted Distinguished Flying Cross (DFC).

Another highlight saw him in action in the skies above the French coastline in preparation for the D-Day landings, taking photographs that would provide the allies with essential intelligence upon which to base their plans. Based in Holland in December 1944, David flew armed recces with No.168 Squadron then transferred to No.2 Squadron where he reported on troop movements behind German lines.

During the course of a dynamic and eventful career, he flew a wide variety of iconic wartime aircraft including Lysanders, Mustangs, Typhoons and Spitfires in England, the Netherlands and Germany. Although there have been many stories about the Battle of Britain there has been less published about the life of a photo reconnaissance pilot during this time.

David's thrilling exploits in the sky and the part he played within the context of the wider war are enlivened here to great effect by his daughter, Sally-Anne Greville-Heygate, herself a professional photographer. Using snippets from diary entries, letters, logbooks, squadron records and other documents, she has managed to construct an engaging history of a talented photo-reconnaissance pilot and the war in which he fought.
Discover on Good Reads 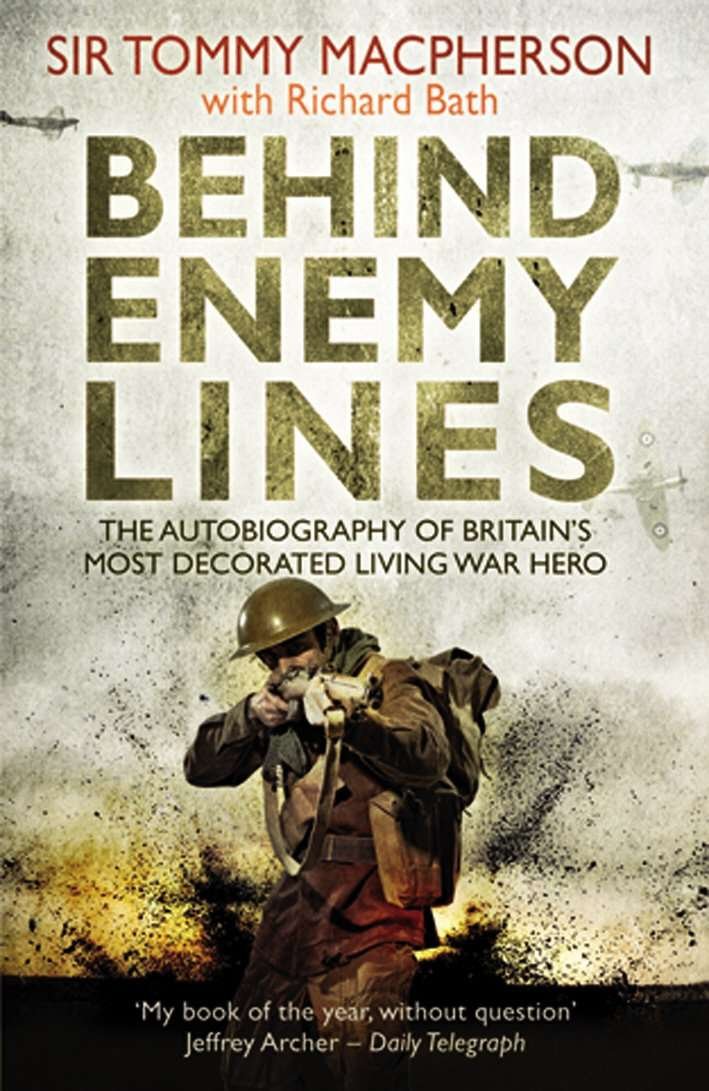 Behind Enemy Lines: The Autobiography of Britain's Most Decorated Living War Hero - Sir Tommy Macpherson & Richard Bath
With three Military Crosses, three Croix de guerre, a Légion d'honneur and a papal knighthood for his heroics during the Second World War, Sir Tommy Macpherson is the most decorated living soldier of the British Army.

Yet for 65 years the Highlander's story has remained untold. Few know how, aged 21, he persuaded 23,000 SS soldiers of the feared Das Reich tank column to surrender, or how Tommy almost single-handedly stopped Tito's Yugoslavia annexing the whole of north-east Italy. Twice captured, he escaped both times, marching through hundreds of miles of German-held territory to get home.

Still a schoolboy when war broke out, Tommy quickly matured into a legendary commando, and his remarkable story features a dizzyingly diverse cast of characters, including Winston Churchill, Field Marshal Montgomery and Charles de Gaulle.
Discover on Good Reads 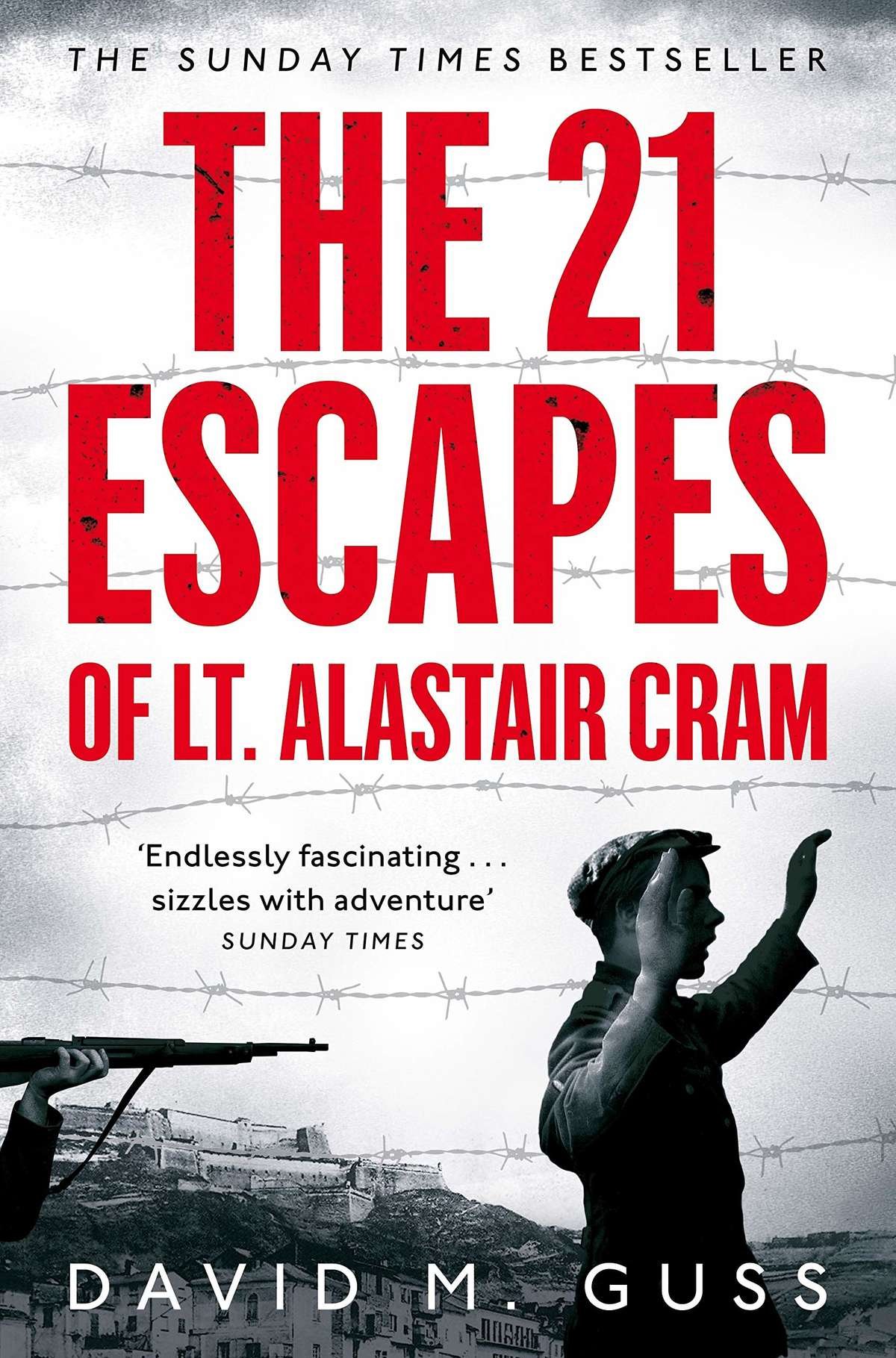 The 21 Escapes of Lt Alastair Cram: A Compelling Story of Courage and Endurance in the Second World War - David M. Guss
A genuinely new Second World War story, The 21 Escapes of Lt Alastair Cram by David M. Guss is a riveting account of the wartime exploits of the Scotsman. It is a tale of courage in the face of extraordinary odds and a testament to one man's dogged determination never to give up.

In November 1941 Lt Alastair Cram was taken prisoner in North Africa as a devastating tank battle unfolded as Operation Crusader struggled to relieve Tobruk. His capture began a four year-long odyssey as he passed through twelve different POW camps, three Gestapo prisons and one asylum. Determined to regain his freedom, he became a serial escapee fleeing his captors no fewer than twenty-one times.

The most dramatic of these attempts was from Gavi, the ‘Italian Colditz’. This maximum-security prison built inside a thousand year old stone fortress was for the pericolosi, those classified as the ‘most dangerous’ prisoners due to their unrelenting desire to escape. It was here that Alastair met David Stirling, the legendary founder of the SAS, and cooked up the plan for the ‘Cistern Tunnel’, one of the most audacious but little-known mass escape attempts of the entire war.
Discover on Good Reads
A few reminders:
Share
Share on Facebook Tweet on Twitter Pin on Pinterest
Back to News